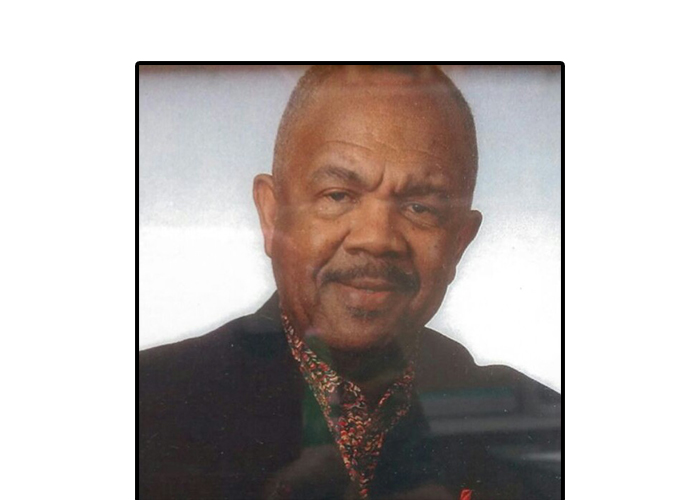 Born in 1940, in an area of Monroe referred to as, “Concrete Quarters”, located between the present streets of Adams and Washington, Roy Shelling’s life began. His mother Dorothy Dunn pasted shorted after he was born and he was reared by his father’s great uncle and aunt, Malachi and Lillie Shelling. ‘Sonny Boy’ as he was affectionately called spent much of his childhood living on Washington Street. He attended Bessie Brooks Kindergarten at Martin Temple Church and then J.S. Clark Elementary directly across the street from his family’s home. He loved to brag that his class was the first 6th grade class to graduate from J S. Clark Elementary. The new Carroll High School building was completed in January of 1953, and the 7th through 12th grades moved to that facility on Renwick Street . As a boy he spent much of his time playing and running in his neighborhood. He often talks about not being able to outrun some of the older boys but could beat any of his peers at foot racing.

In September 1953, he began his 7th grade year at Carroll High and it was about that time he became a scoreboard keeper at the football games. Scorekeeping was done manually in those days. He said that was his first true exposure to football. Roy often reminisced about the times when Carroll playing all their home games at the Neville High School stadium because Carroll did not have a home field. He said prior to becoming a scoreboard keeper he and his friends would ride their bikes to the Neville stadium and sneak into the games through an opening in the fence. That was one of the few times Blacks were allowed to go north of Louisville Street at night.

By 1956 Roy was playing football for the varsity team. He got his first opportunity to play after the starting player got hurt during a game. His played halfback and Coach J. L. Thomas, relied on him and quarterback David Reed to score and win many games. Some of the notables he played with included; Lane Howell, Julian Gray, and Floyd Gray. Going into his senior year, Roy was offered several scholarships but it was the visit by Grambling College’s Coach Eddie Robinson that sealed his fate. When Coach Rob came to the Carver Homes in New Town to visit Uncle and Aunt Lille they asked about Sonny Boy being able to attend church. Coach Rob assured them that all players were required to attend church on Sundays. Coach Rob’s response to them landed Roy in Grambling where he became a G-Man.

He graduated from Carroll in 1959 and attended Grambling that fall. By his sophomore year he was playing and making strides on the field. His junior year was his breakout year and by the time he was a senior he was named All-SWAC and nominated for All-American. He played at Grambling with Buck Buchannan, Ernie Ladd, Lane Howell, Mike Howell, Charlie Peoples and Willie Davis. He tried out for the Cleveland Browns but because halfbacks were usually larger guys then, unlike today’s smaller backs, he did not make the team. He also played semi-pro football for a while.

Roy’s love of teaching and coaching superseded his love of playing the game after a while. His first coaching assignment was in Jonesboro, Louisiana where he coach former Wossman head coach Lonnie Calahan. The year after he left to start teaching in Monroe City Schools because he wanted to be home with his new wife Brenda and baby daughter Cassandra, that same Jonesboro team he developed and coached won a state championship. He spoke many times about attending the game and how proud he was of that team. He said they were still running the same plays he designed.

Roy began teaching at Carroll Junior High in 1966. He taught Industrial Arts. He also started the first junior high football team at Carroll Junior in 1967 and named them the Bullpups. Some of the young men he taught and coached at the junior high included; present Carroll High School Head Coach Jackie Hamilton, former Carroll High Principal Robert Johnson, Harvey “Peter Rabbit” Johnson, John Webb, Ronald and Donald Lawrence. Lil Luke, and “Bull” Hall. The one player he probably will never forget was Berry Moses. Berry died after football practice one evening while playing for the high school. That memory is one he has talked about throughout the years.

Once he got to Lincoln, he incorporated the ‘Henry Carroll ‘doctrine. He relied on Herman “Rookie” Wilson, Principal at Carver Elementary, for advice. His first assignment at Lincoln was to clean and refurbish the school. Next he encouraged parents to participate in the PTA. His teachers, Mrs. Irma Hall DeTiege, Mrs. Crumpie Dade, Mrs. Emma Carroll, Rev Woods, Mrs. Odell Jackson, Mrs. Gloria Sweet, Mrs. Vada Mims, and Mrs. Alberta Lewis embraced him and worked diligently to make Lincoln Elementary one of the best in the area. With over 900 students Lincoln made great strides.

His ‘old school’ tactics were known throughout the community. All students were required complete homework nightly. He would often announce on the intercom for teachers to send all students out of class onto the hall for incomplete homework. Those students who did not finish their assignments would have a visit with “baby.” Even today, people talk about completing their homework so they would not get a whooping from Mr. Shelling. His concession after school was also popular as well as the school dances. If a student was in need of clothes. The monies from the ‘Cheer Fund’ would be used to purchase items. He wanted all of his ‘babies’ to feel loved. And everybody at Lincoln had a nickname… from Daddy Longhead and Red to Baby Sista, he believed in acknowledging every student and making them feel special. Graduations at Lincoln were known to be lengthy because Mr. Shelling had a story to tell about every student as they received their diploma.

Roy Shelling retired in 2002 from the Monroe City Schools after 38 years in education. He presently is employed by the City of Monroe as Director of Powell Street Community Center. He and his wife Brenda have been married 52 years and he is the great grandfather of eight boys.

He will forever be grateful for all the opportunities he has been afforded much of which started as a result of attending and playing football at Carroll High School. Although, Roy Shelling’s beginnings were humble, the poor little orphan boy from Washington Street through God’s grace created a life for himself and is eternally grateful. He wishes to thank the Carroll High Booster Club for nominating him for this most prestigious and heartfelt honor.