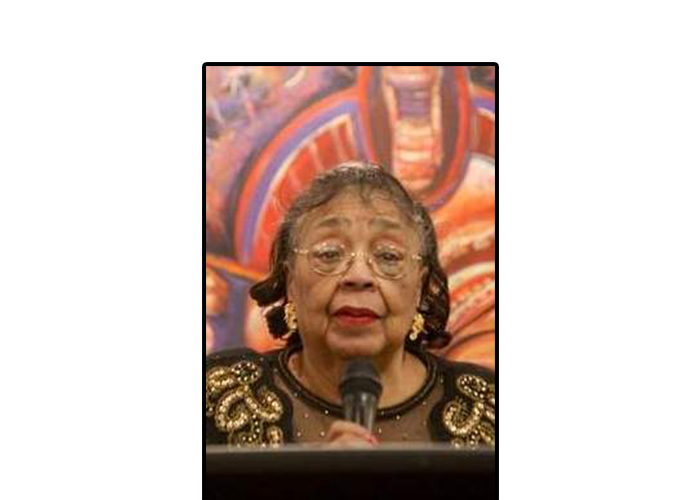 Mrs. Lorraine Slacks is the only child of Lucille Shaw and Sylvester Tiller. She was raised by her grandmother, Octavia Willis. She graduated from high school at the young age of sixteen from Booker T. Washington High School in Vernon, Texas and subsequently received higher education both in the United States and in France.

When Mrs. Slacks was choosing a career, she wanted to be an actor, a nurse, and a teacher. When she became a teacher she was the actor, playing the role of parent and confidant. She was the nurse for all of her students when they were sick and needed their wounds healed. She was the psychologist while listening to every problem of every student.

Mrs. Slacks worked in the Monroe City School System for over thirty years. Her first assignment was as a French teacher at Carroll High School.  In fact, she was the first African American French Teacher of the Year for the school system. She also served in several administrative positions with the Monroe City School Board. She was the kind of teacher that made her students feel like rocket scientists and an administrator who fought for the advancement of all children. Her French classes were tough, but her students couldn’t wait to get there every day. She was also like the football coach or guidance counselor, always finding scholarships for her students to continue their education.

She served as a campaign manager for Mr. Morris Henry Carroll when he became a Monroe City School Board member. Additionally, Mrs. Slacks has served on several local, regional, state-wide, and national boards and commissions including:  State Educator President of the Louisiana Association of Educators; National Democratic Platform Committee; Governor’s Transition Team on Education; and, the Louisiana State Teachers’ Retirement System Board.  In 1994, she also was the first African American Delegate to the National Democratic Convention since Reconstruction.

Currently Mrs. Slacks is the Executive Director for the Northeast Louisiana Delta African American Heritage Museum. The best way to describe what Mrs. Slacks has done for Carroll High School and the support that she has provided for this community in general is “Priceless”.